Hey everyone!  It's my last full day here at Disney and spending some time in the hotel room before going to see World of Color.  I thankfully have had Internet the entire trip, but I've been focused on school work (classes started Tuesday).  But I'm taking a break and playing around on the Internet to relax.

We had an extremely early flight Monday and our destination was Laguna Beach.  I prefer really early flights because it's usually easier and faster to get through security and the flight is usually quiet because everyone is sleeping.

The reason we went to Laguna was so that my sister could tour the art school there.  I went on the tour with her and it's small school but it looks like she would get a lot of interaction with the teachers and such.  I enjoyed the animation building as it had a lot of student work (some of it was really cute).  We also spent some time wandering around the downtown section before the tour and after dinner.  We had a direct access to the beach from our hotel, which my sister and mom loved. I'm not a fan of beaches and I do enjoy looking at the ocean view.

My favorite part of the day was dinner.  We went to Asada, a Mexican restaurant.  We were seated near the front, which was a mostly wooded interior, opened up so we had a great breeze and a great view of the ocean. 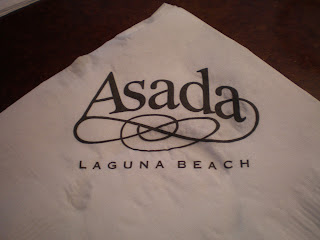 We had also stopped by the cupcake shop earlier in the day. Me and sister got the Cinnamon-Sugar cupcake and my mom got the Carrot Cake one.  Casey's Cupcakes was featured on Cupcake Wars on Food Network, and (unfortunately) won.  The store was extremely cute; very bright, with a pink and white color scheme (they also had a small all pink candy section). 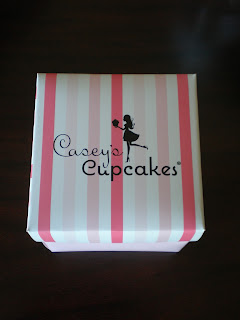 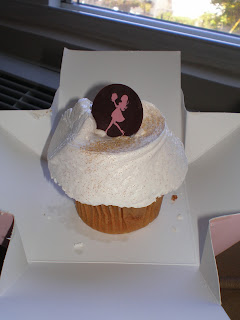 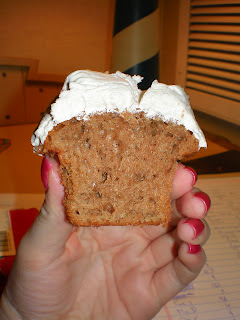 I wasn't that impressed with the cake itself - kind of dense with not much flavor.  The frosting however was fantastic.  Kind of a marshmallow texture, the cinnamon wasn't overpowering, and it wasn't piled on the cupcake compared to other places which was a major plus.

A great day for food overall. If we had stayed longer, we probably would have gone to some of the art galleries and spent a bit of time on the beach.  Laguna isn't a bad place for a small weekend getaway.

Posted by oflifeandlists at 6:29 PM