So yes, I'm still alive. I'm really being awful with my blogging - school just sort of drains my energy to do anything.  But, I'm not doing spring quarter (yay!) and not sure if I'm going to continue with bookkeeping.  I am, however, planning on taking online makeup classes for certification which I'm really excited about. 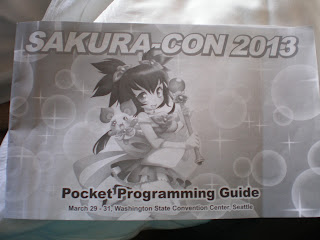 This past weekend was Sakura-Con and I attended all three days.  It was great seeing everybody and meeting some new people.  Friday was my busiest day: I went to the opening ceremonies, the Hangry & Angry fashion show, and the AMV contest.  Opening ceremonies wasn't bad - there was a performance by the kabuki group located in Seattle (they performed a Zelda melody on shamisen) and another dance performed by an adorable group of girls.  I wasn't really into the Hatsune Miku opening video (they did that last year as well). 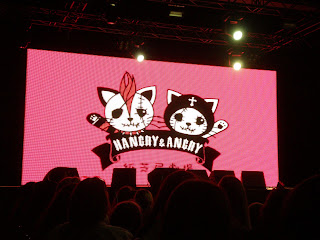 My favorite part of Friday was the fashion show.  Got in line about 45 minutes before the show started and was very lucky to get one of the seats close to the runway.  It was a very upbeat show with a lot of great coords and fantastic hair.  Alot of my photos didn't come out great but I few good shots: 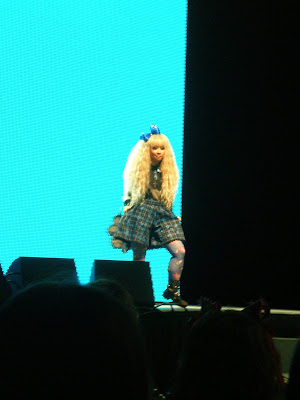 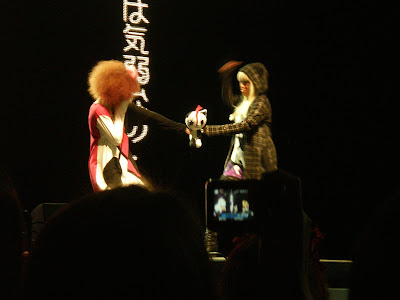 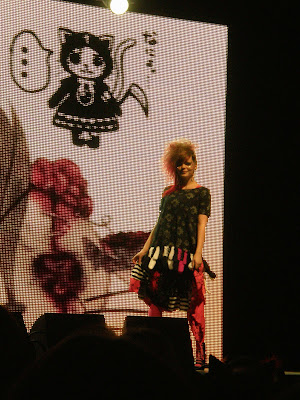 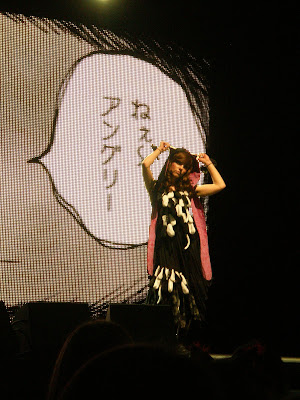 And shortly after the fashion show was the AMV contest - I do enjoy going to this contest (it's the one time of the year that I actually watch AMVs).  A good batch of videos this year though the drama and romance can be very tedious categories to get through. Of the winning videos, I think the only video that I was unhappy with was Comedy (just didn't find it that entertaining).  Here is the video that won Best in Show (both audience and judges) as well as best technical:

Saturday was mostly just hanging out with friends. Everyone mostly cosplayed Disney on Saturday as there was a photo shoot planned in the afternoon.  Sadly, I wasn't able to finish my Aurora costume (issues with dying the skirt fabric) but it was also nice not having to worry about a cosume for the weekend.

Sunday was a very lazy day. Slept in, took my time getting ready and packing and then headed over for some last minute shopping.  Went to see who won in the AMV contest and then it was time for the annual Sunday Cheesecake Factory dinner.  All in all, a good con.  Still up in the air whether I'm going next year or not. 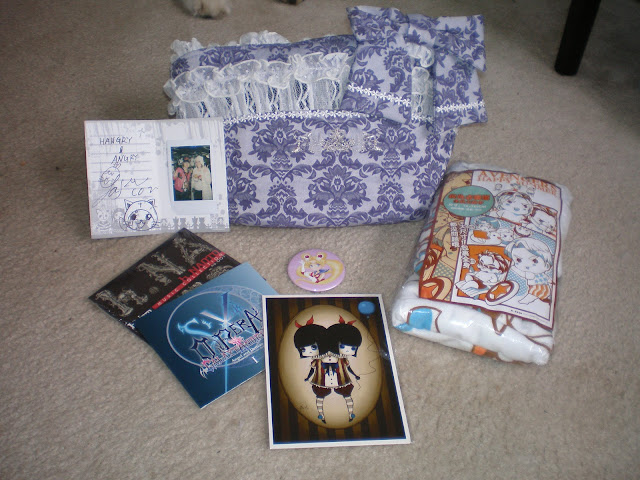 My haul (minus my jacket). The bag is h.Naoto Frill, and the picture is me with Gashicon after I bought my coat (also got the cds free from the booth). The Sailor Moon pin was gifted to me. The twin art print was limited edition and she also had a very awesome set of prints of The 4 Horseman. The Avengers towel was too cute to pass up. I think I was very smart this year and I do not regret my big purchases from h.Naoto.
Posted by oflifeandlists at 10:14 PM

Email ThisBlogThis!Share to TwitterShare to FacebookShare to Pinterest
Labels: Cons