I'm participating in my first swap of the year, a St. Patrick's Day one, and I really wanted to hand make something for my swappee. I decided to do jewelry, since I couldn't think of anything to knit, and since this is a quicker swap, I didn't think I could knit something fast enough. 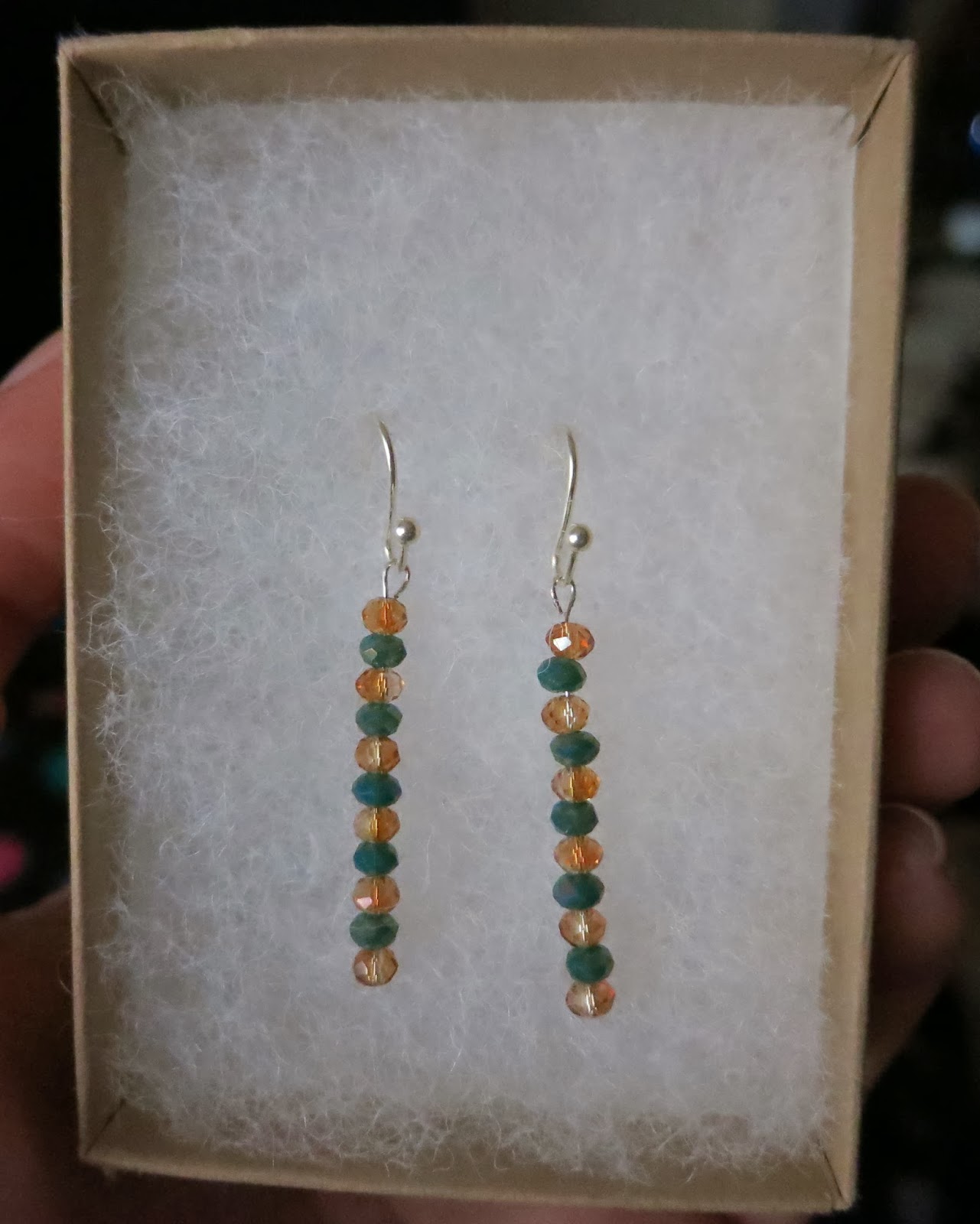 These beads were originally going to be accents for the quartz pendant necklace I had originally planned to make, but the proportions to the pendant were too uneven for my taste (the chain I was working with also broke).  So, after some more supply shopping, I decided to use them to make a pair of earrings instead. 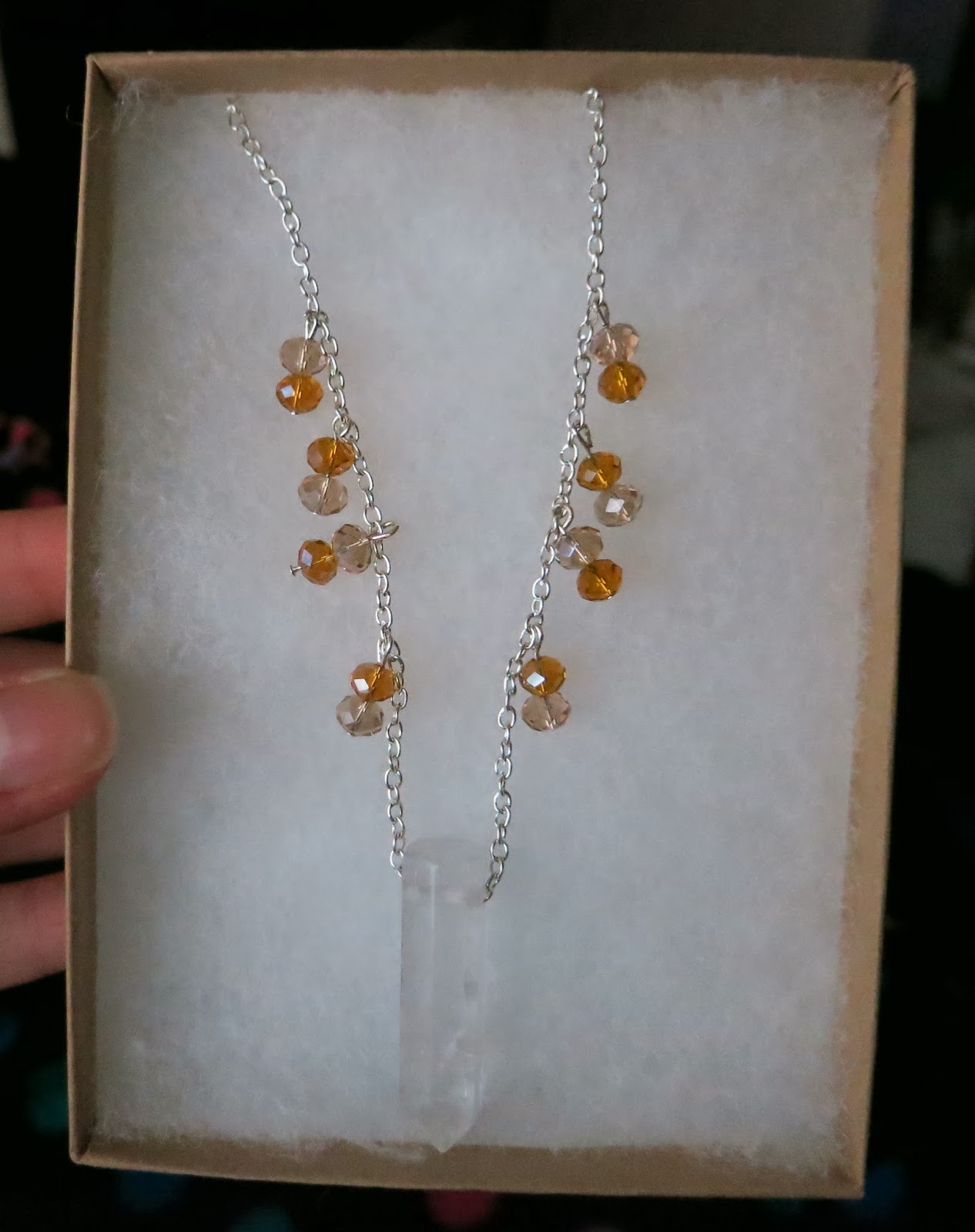 One of the items we had to include in the swap as an item for luck.  My swappee said that she had an affinity in quartz and I luckily found this pendant.  I'm not sure how I feel about this necklace.  In hindsight, I probably should have wrapped the pendant instead of stringing it through the chain, but I'm very amateur at wire wrapping and didn't feel it would look good.  It probably also needs a pop of color.  I did pick up some round nose pliers so the loops aren't terrible looking for the accent beads.

I've always enjoyed jewelry making though I haven't put the money and time to actually build my skills up.  I was pretty good at beading when I was a kid but turned to cross stitch and knitting. But my love for beads have never gone away and would come back to it once and a while.  I really want to start practicing and perfecting some of the basic jewelry making skills, so I can make some really nice pieces for gifts.  You have to start somewhere!

Posted by oflifeandlists at 3:33 PM

Email ThisBlogThis!Share to TwitterShare to FacebookShare to Pinterest
Labels: Swaps