Meant to write up this post sooner, but never had the time until now to take pictures.  So I've been curious about false lashes for a while.  I got a pair in a swap but didn't use them as I wanted to practice so I didn't ruin them.  I decided to get some lashes for my cosplay of Sailor Moon, to help bring a little more emphasis to my eyesthan mascara could give. My actual lashes aren't too bad, though one eye is less full than the other (it drives me crazy). 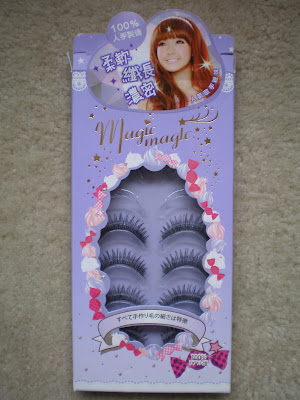 I ordered this set of lashes (C-02, under the Sweety Series) when I ordered my first pair of circle lenses.  I also ordered the glue they had but ultimately didn't use it as it's a bit too thin for my liking (I ended up getting the Duo glue from Sephora). I didn't want my eyes to look heavy or dramatic and was a little worried that these would be a bit much but was very happy with the end result. I had ordered a second set (W-05 from the Gorgeous Series) but didn't get them as I think the site hadn't yet been able to update to show them out of stock.  I e-mailed them and got a refund within a day. Very satisfied with the service and will definitely order from Eye Candy Lens in the future. 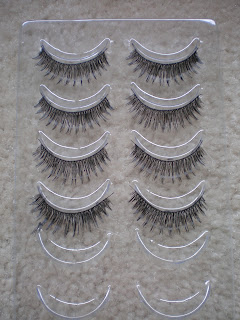 I actually had a friend put the lashes on me the day I wore the costume. I had practiced several times before the convention and destroyed two pairs of lashes in the process. I watched several Youtube videos to see how other people put lashes on (I kept returning to the one done by xsparkage). I did have a successful attempt a few days later but it still something I'm working on.

I really wanted some colored contacts to make my eyes appear really blue for Sailor Moon, and went with circle lenses as the enlarging effect they have would also be a bonus.  I first became aware of them through reading blogs and decided to use Eye Candy Lenses which I learned about through ekiblog.  I also wanted a contact that I could get in my prescription as there is nothing more annoying than having to remove your glasses again and again when someone wants your picture (and you don't want to be walking around blind the rest of the time). 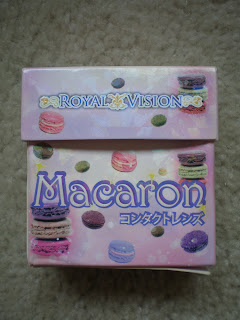 After some debating between three different styles, I went the Macaroon puffy lenses.  They were the ones that looked the most natural of the three I was looking at (can't remember what the other two were). I think the box they came in was so cute and I also got a free case with them. 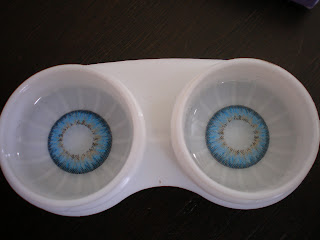 They're actually not that uncomfortable; however, I didn't have eye drops on hand and after almost 12 hours with them in, my eyes were burning so bad I was crying (I was also at a concert with extremely bright lights and smoke machines which probably didn't help). I do love the color though you can definitely see the difference between my natural I color and the lenses.

I'm excited to try out some more lenses - I've got two different pairs in mind which I think will work really well with my natural eye color.  I'll try to get good pictures of me wearing the contacts and lashes sometime in the future - the lighting wasn't great when I was trying to take pictures and I didn't like any of the ones I had on hand.
Posted by oflifeandlists at 7:35 PM