Finally getting this post up! I had a really fantastic time and loved that pretty much all of the panels I went to were really great.  Compared to the past couple of years, I felt there was much more 'content' in terms of panels this time around.  After a very stressful nine days of working the spring break rush at work, it was such a relief to go downtown for the sole purpose of having fun for three straight days.  I went to see a really fantastic Alice in Wonderland themed burlesque show, which was a great start to the weekend. 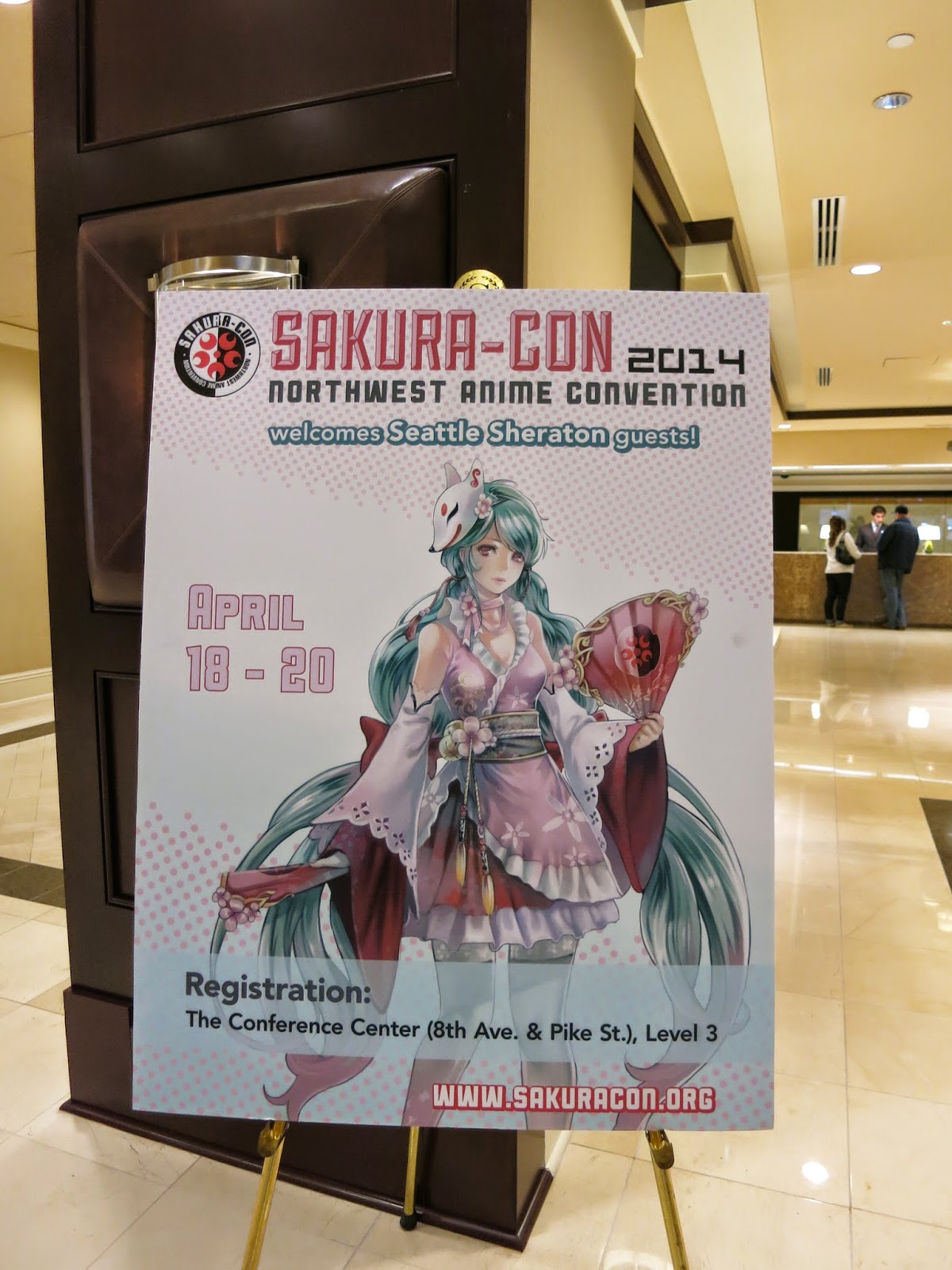 While everyone else was getting ready on Friday, I headed over to the convention center for opening ceremonies.  They opened with a taiko demonstration which was a lot of fun - I love when the more traditional and cultural aspects of the con are brought to attention.  After guests were announced, a performance by the Mary Ohno and her academy, as well as a bit of kareoke, the convention was 'officially' started.  I immediately headed to the dealers hall and straight to the h.Naoto booth (and then proceeded to spend of all of my spending money at said booth).  The girl who was helping run the booth was super helpful and a lot of fun to talk to and I got to take a picture with MINT. 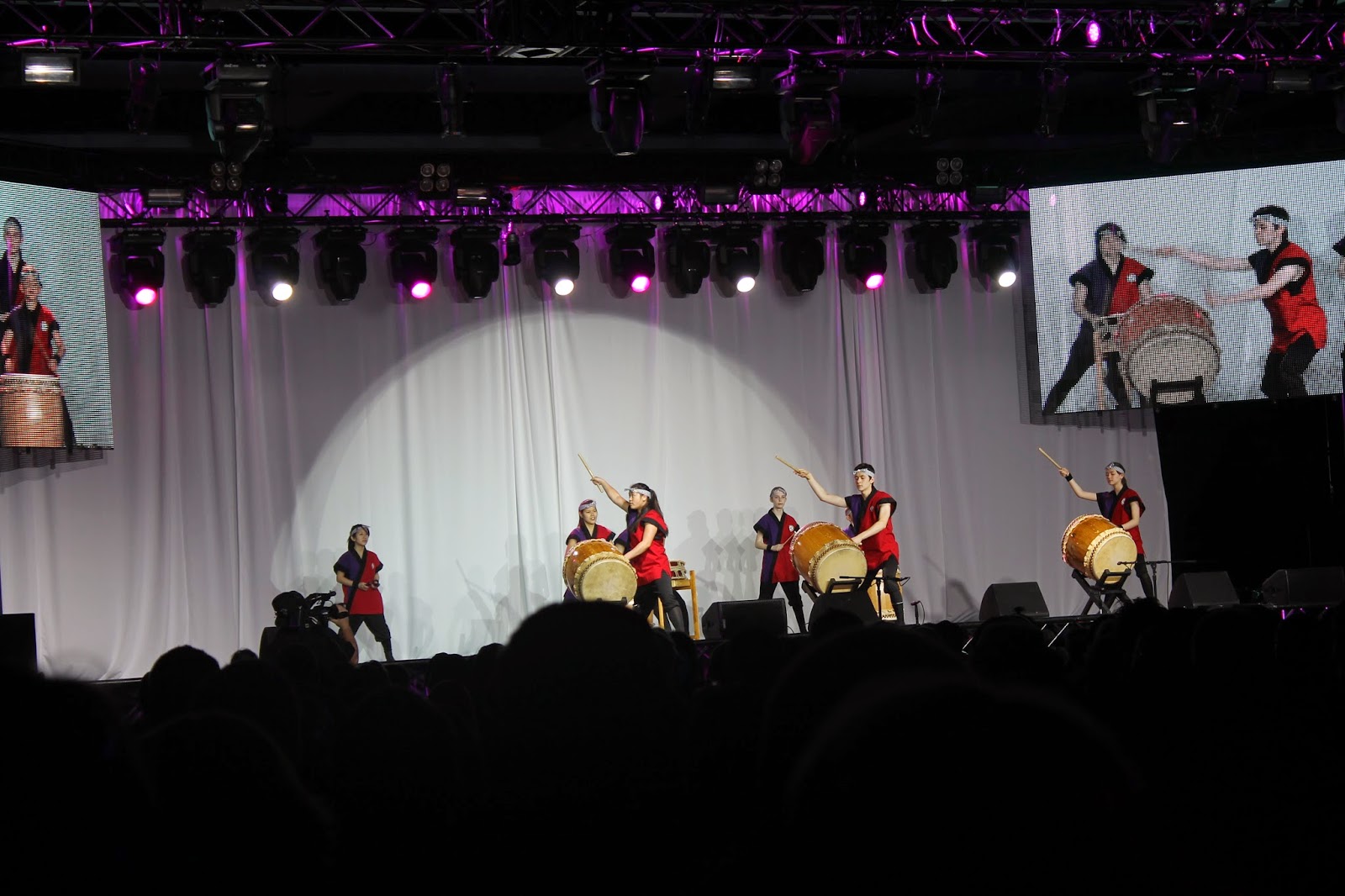 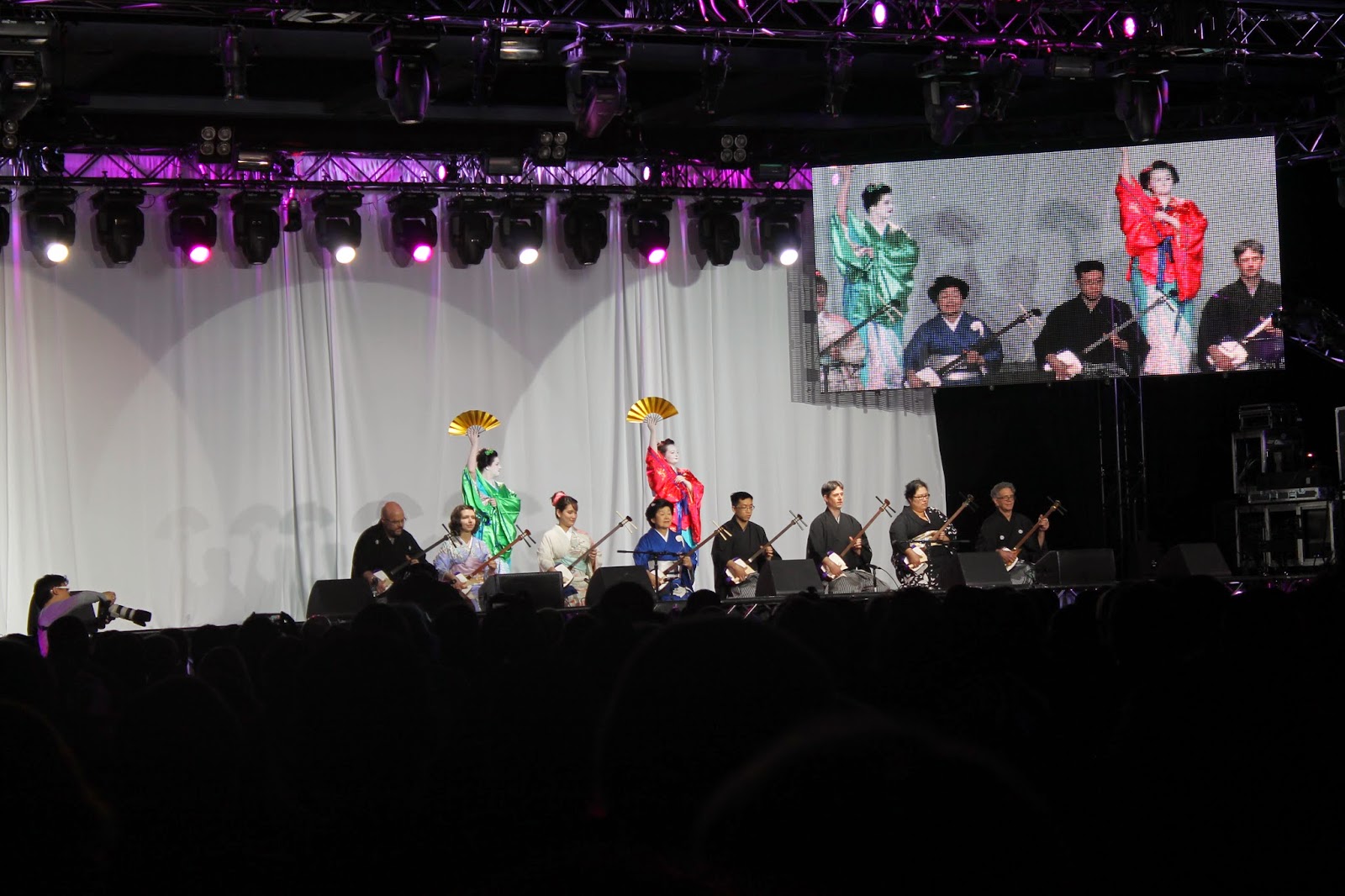 After hanging out with friends for a little while, I proceeded to go to the AMV contest, which while enjoyable, was not nearly as good as last year (in my opinion).  But major kudos to the man who designed this year's ballot - please do this again next year. 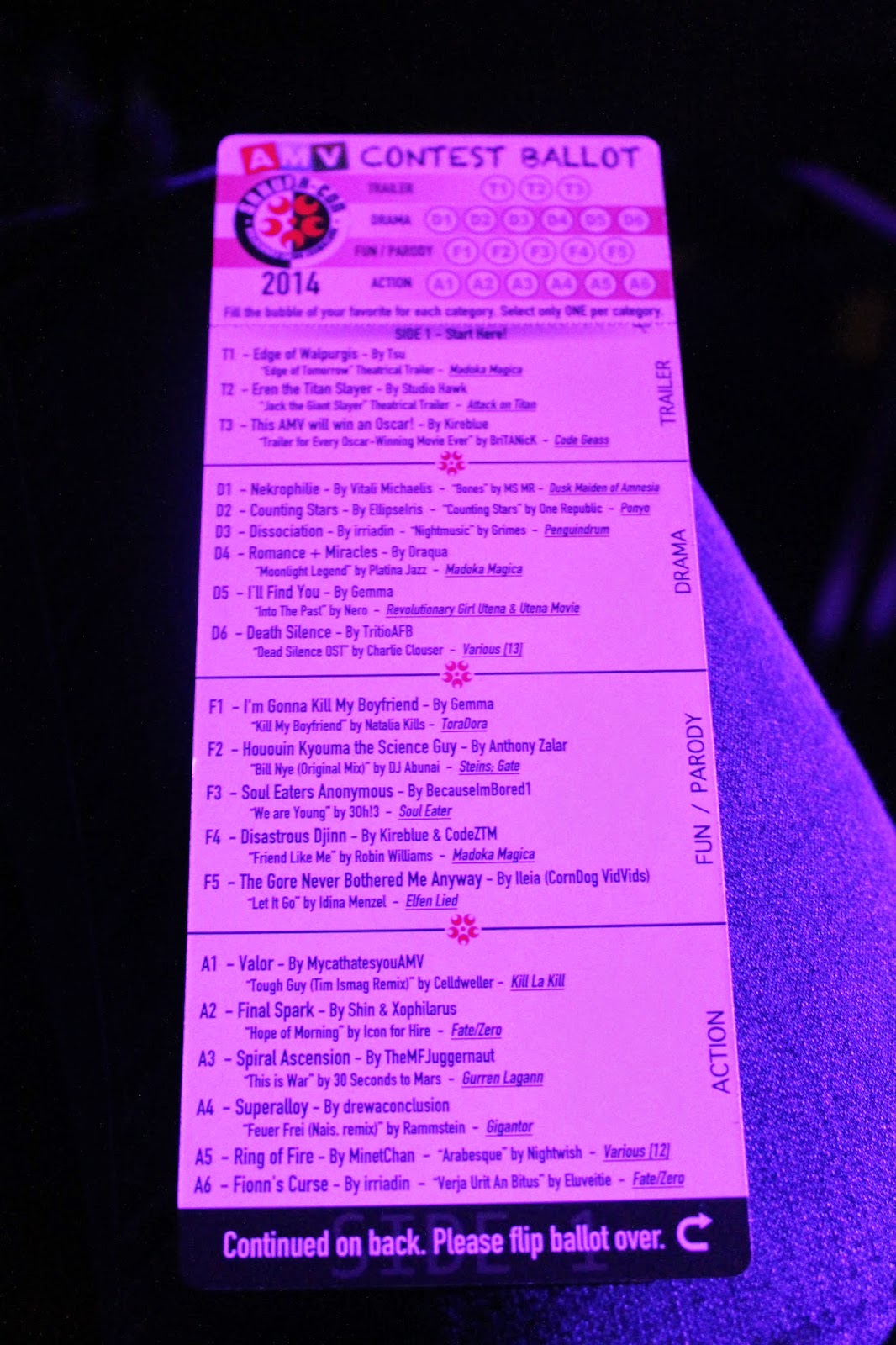 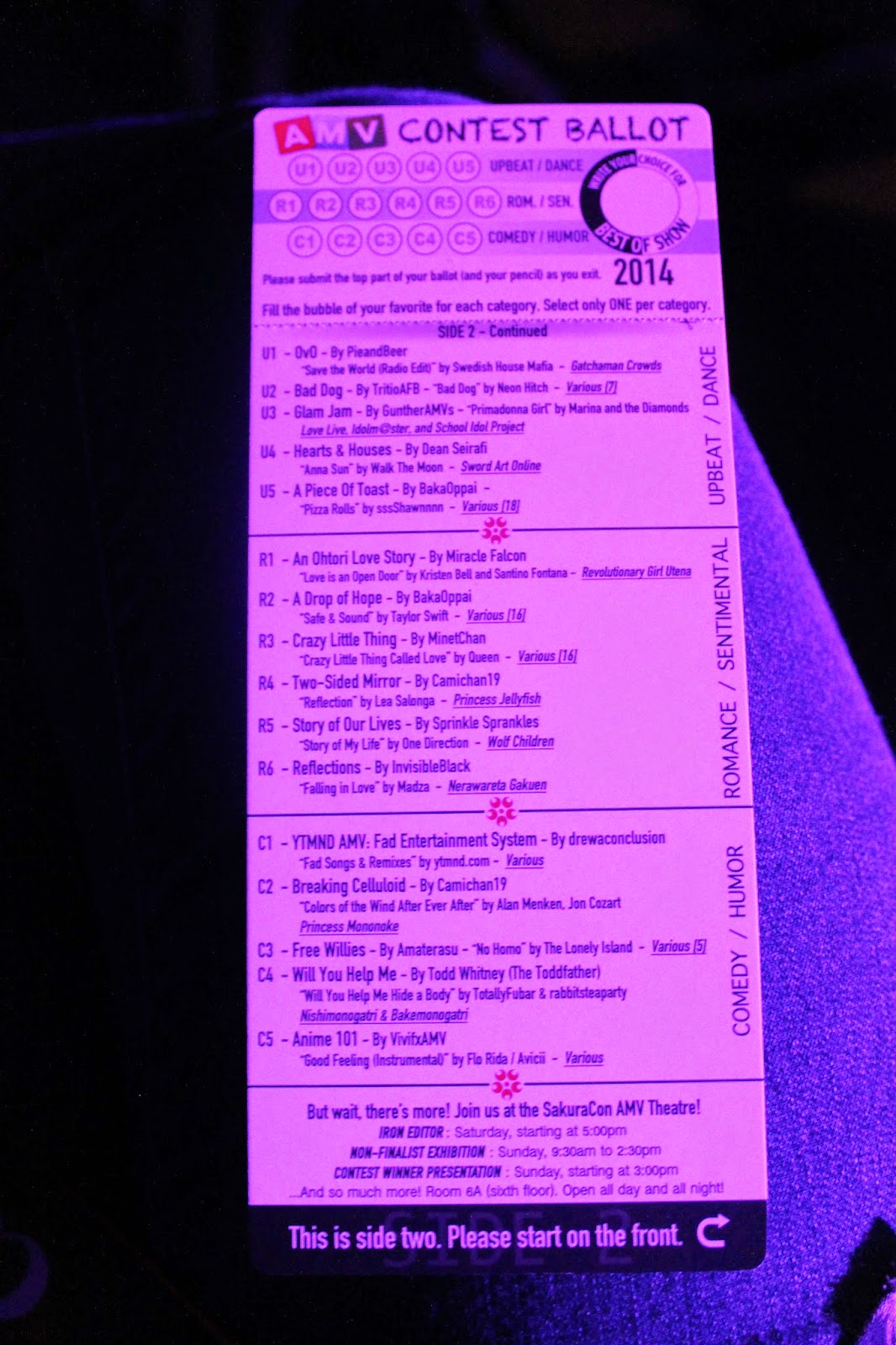 Afterwards, it was just trying to find ways to pass the time until Where Fanfic Goes to Die: Oldies But Goodies.  A couple of us ended up in the AMV Theater where we sat through In Soviet Russia, AMVs Watch You! and the utterly hilarious Anime According to AMVs. Anime According to AMVs was pure gold -  someone who has never seen the chosen show/movie, must explain what the anime is about based off of the AMV that was shown and then someone who has seen it explains what really happens.  Some of the explanations are pure gold (for example, Totoro is about little girls selling their souls to a demon - the AMV for that one was really strange).

On Saturday, I went with my friend Freya to go to a panel on intellectual capital in regards to writing.  The panel (done by Joshua Done) was sadly very short (only 45 minutes) and could have gone much longer, as there was a lot more that could have been talked about, especially if he had been able to answer more questions.  A good part of Saturday was spent in the dealers hall - I caved and bought my first two arpacasso and a really adorable Sailor Jupiter charm.  The afternoon was dedicated to Mushi-Shi: one panel on the 'roots' of Mushishi (a look at Japanese folklore culture, eastern cosmology, and natural history in regards to the manga and anime) and another panel with Hiroshi Nagahama, the director and series compositor of Mushishi, where we got to see the third episode of the new season.  After dinner, some drinks, and kareoke, we ended the night with Where Fanfic Goes to Die: The New Hotness. 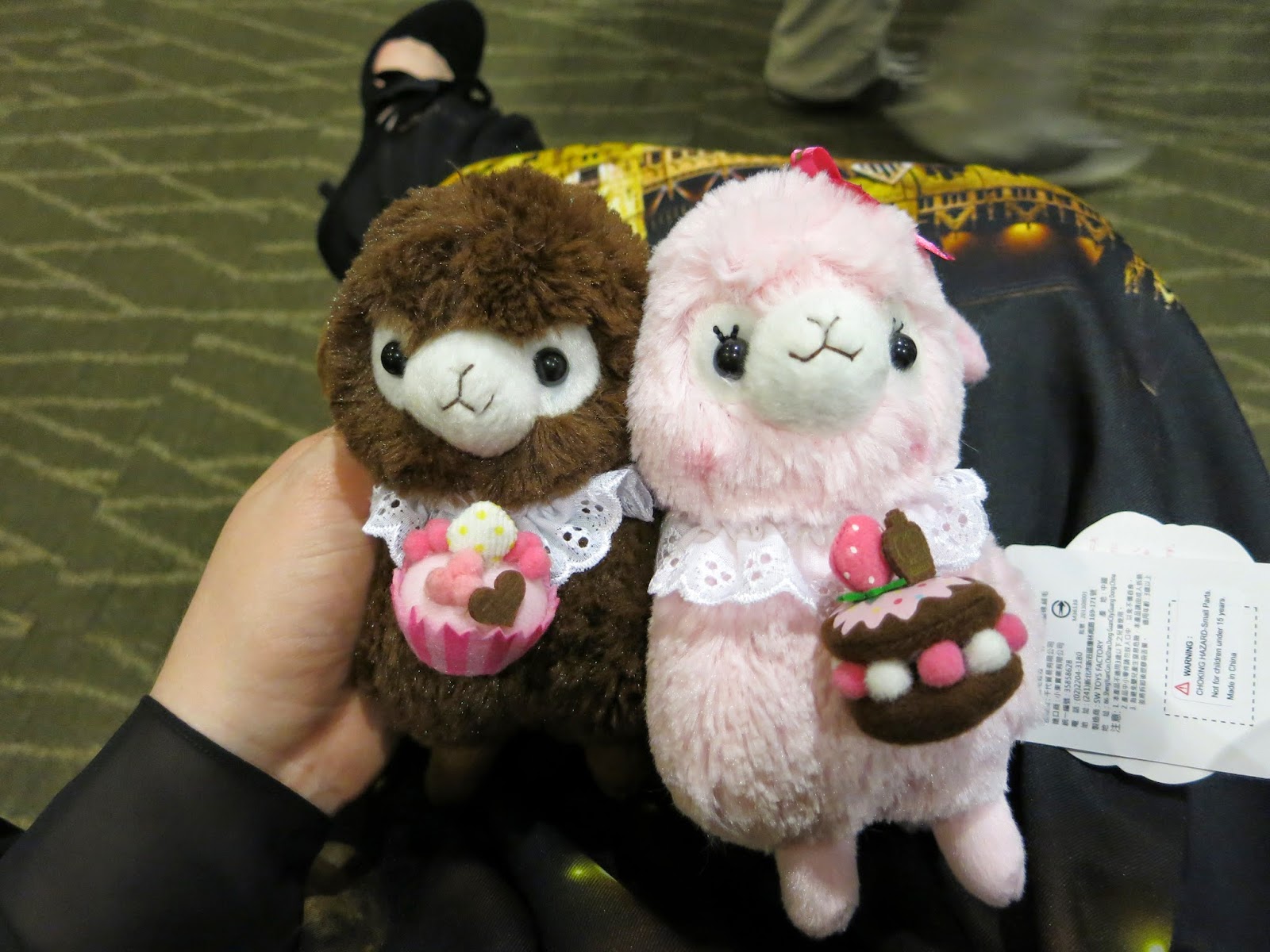 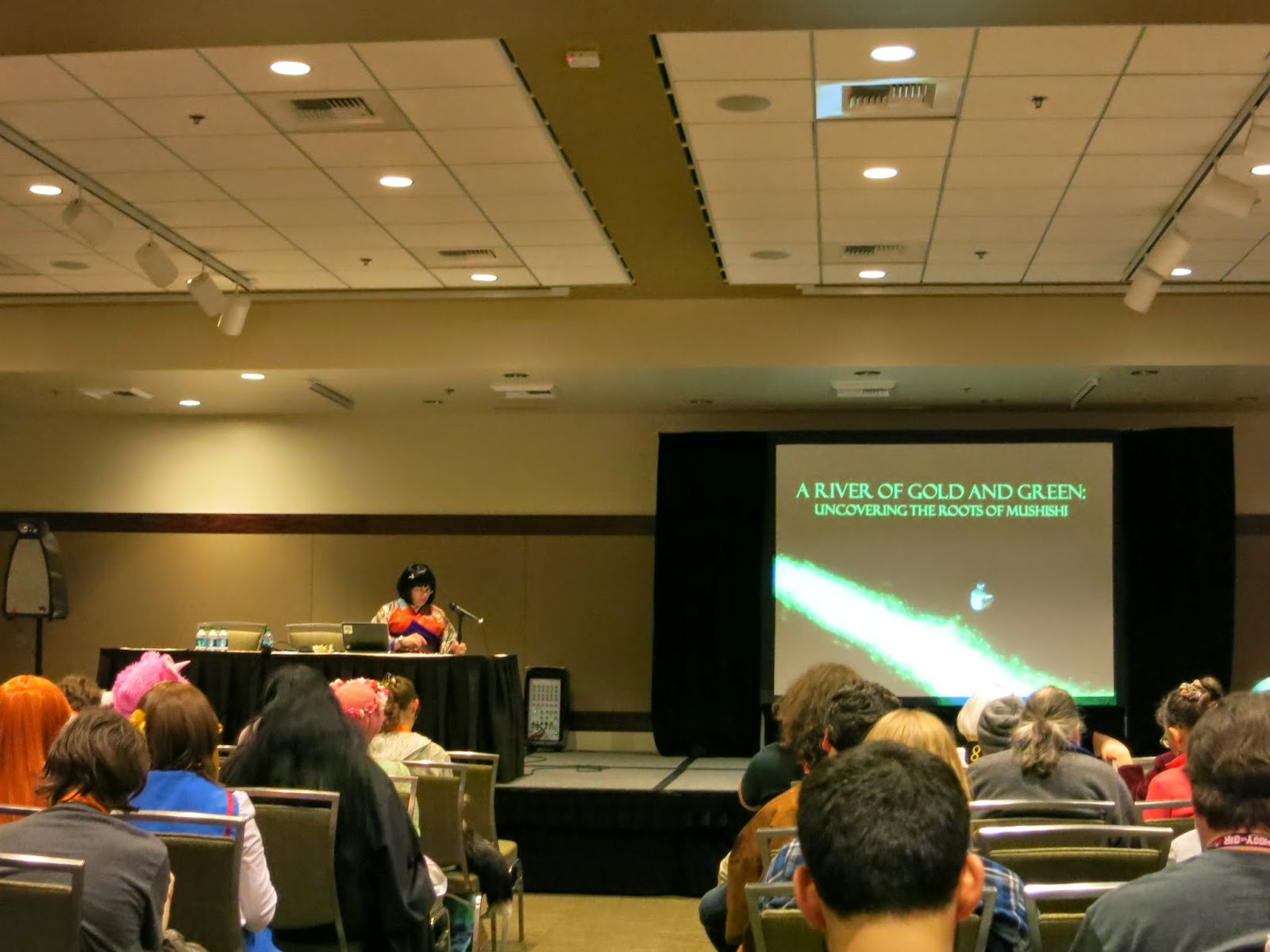 Sunday was the calm, sleep in day and the sad realization that con was ending.  If I hadn't stayed up until 3AM, I would have gone to see at least one episode of Is This a Zombie? of the Dead  to see what it was like, but 8:30 was just a little too early.   When we finally got over to the convention center after checking out of the hotel, we headed up to get in line for the lion dance and kung-fu demonstration (watching the demonstration really made me kind of sad for not keeping up with karate).  After wandering around some, we headed to see the AMV contest results which was kind of annoying, considering the fact that it took forever for them to get to the point.  I just want to see the videos, not to listen to you ramble, especially when you're running late.  Didn't see who won best in show since we had dinner reservation to get to, but looked it up later on (Anime 101 by Vivifx won Best in Show, Best Comedy, Best Technical, and Judges Choice). 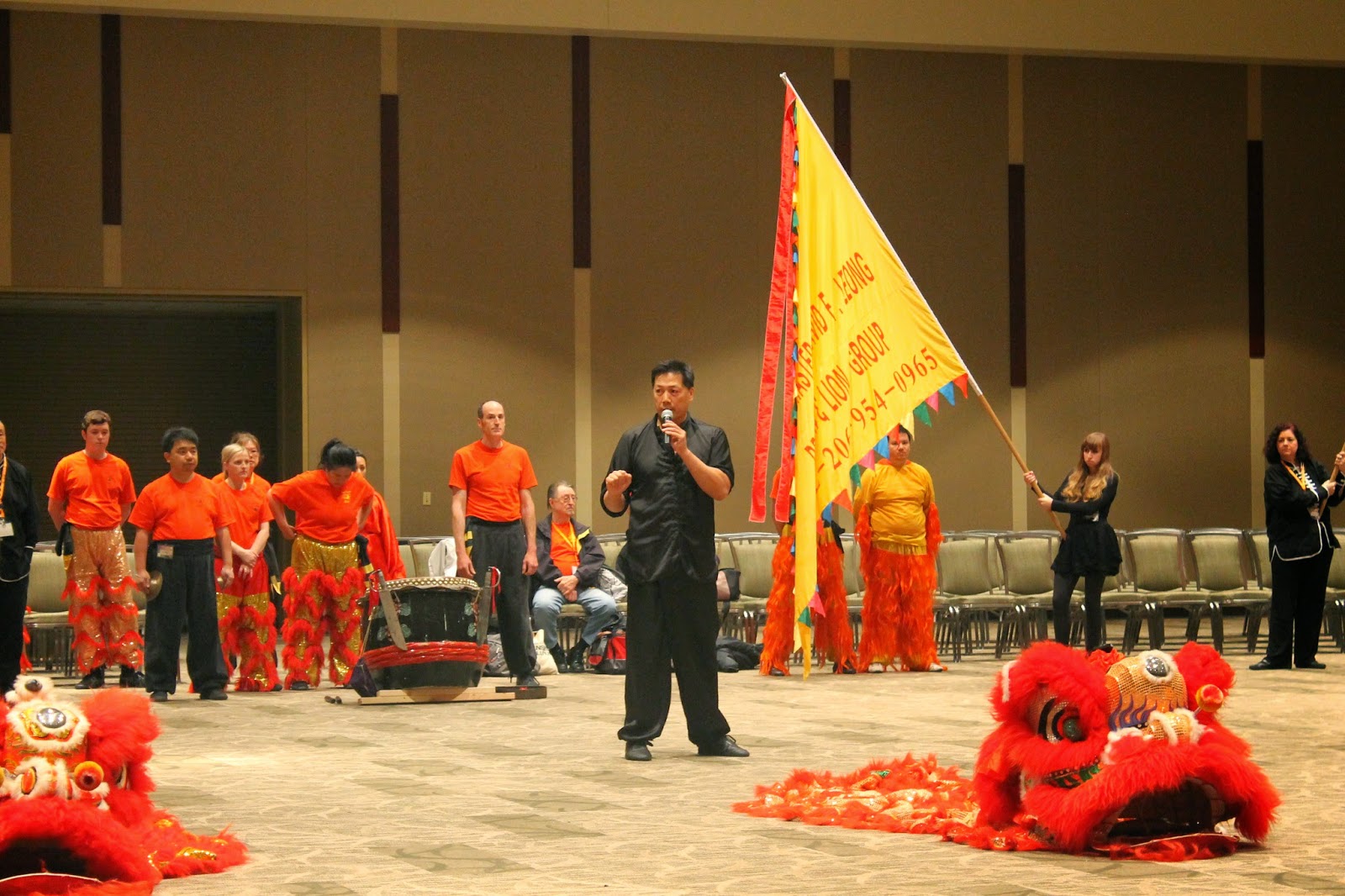 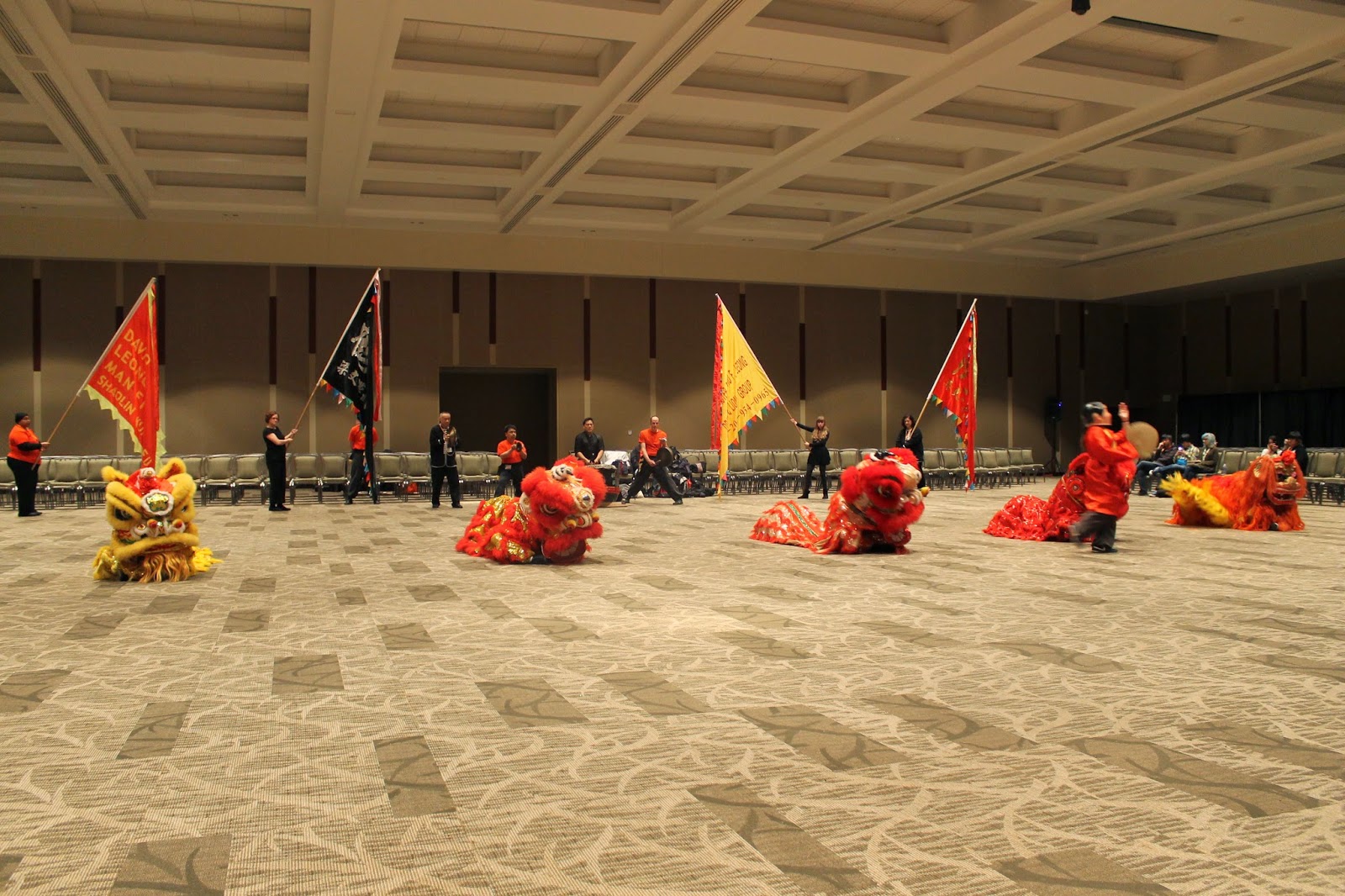 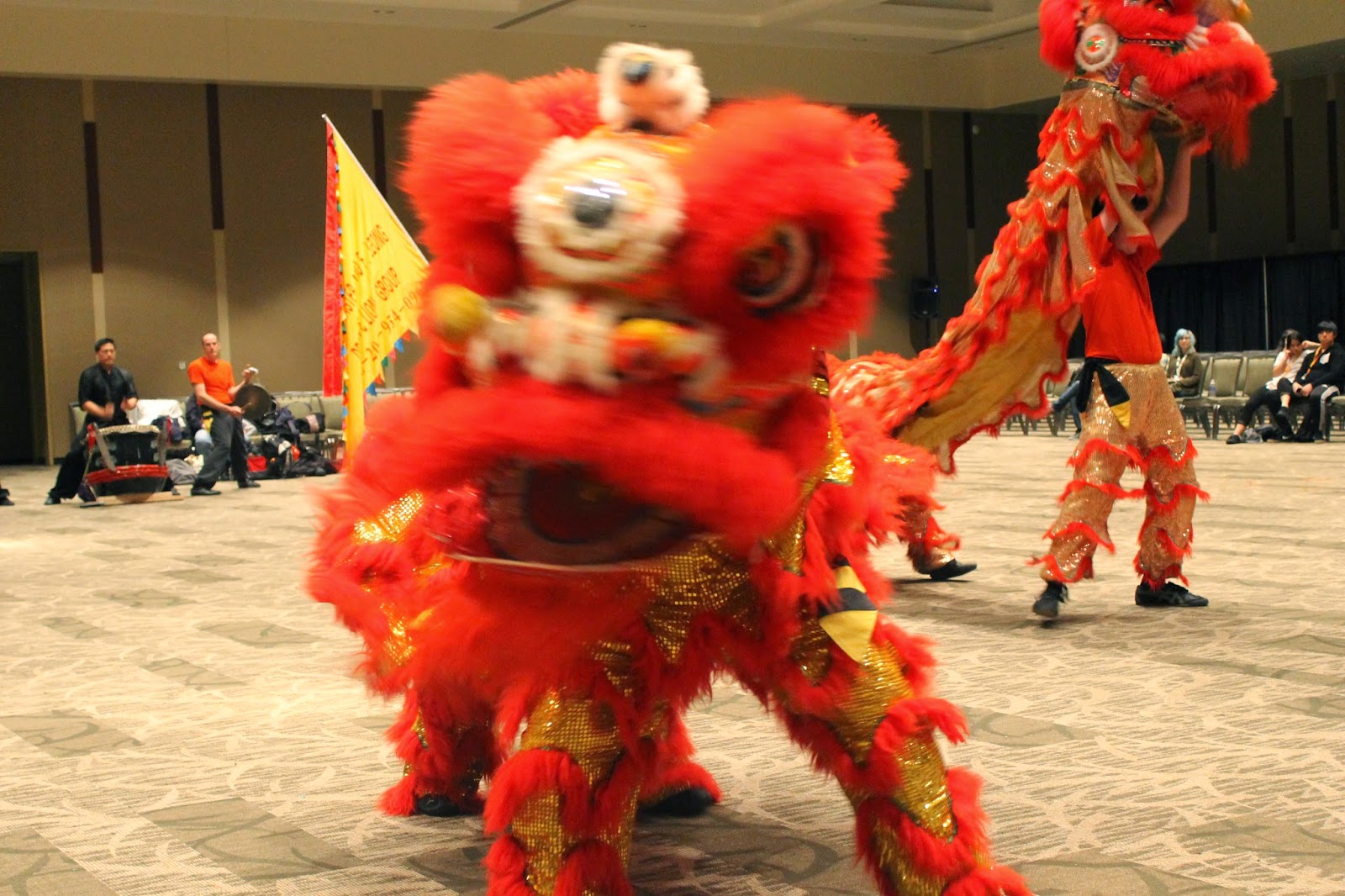 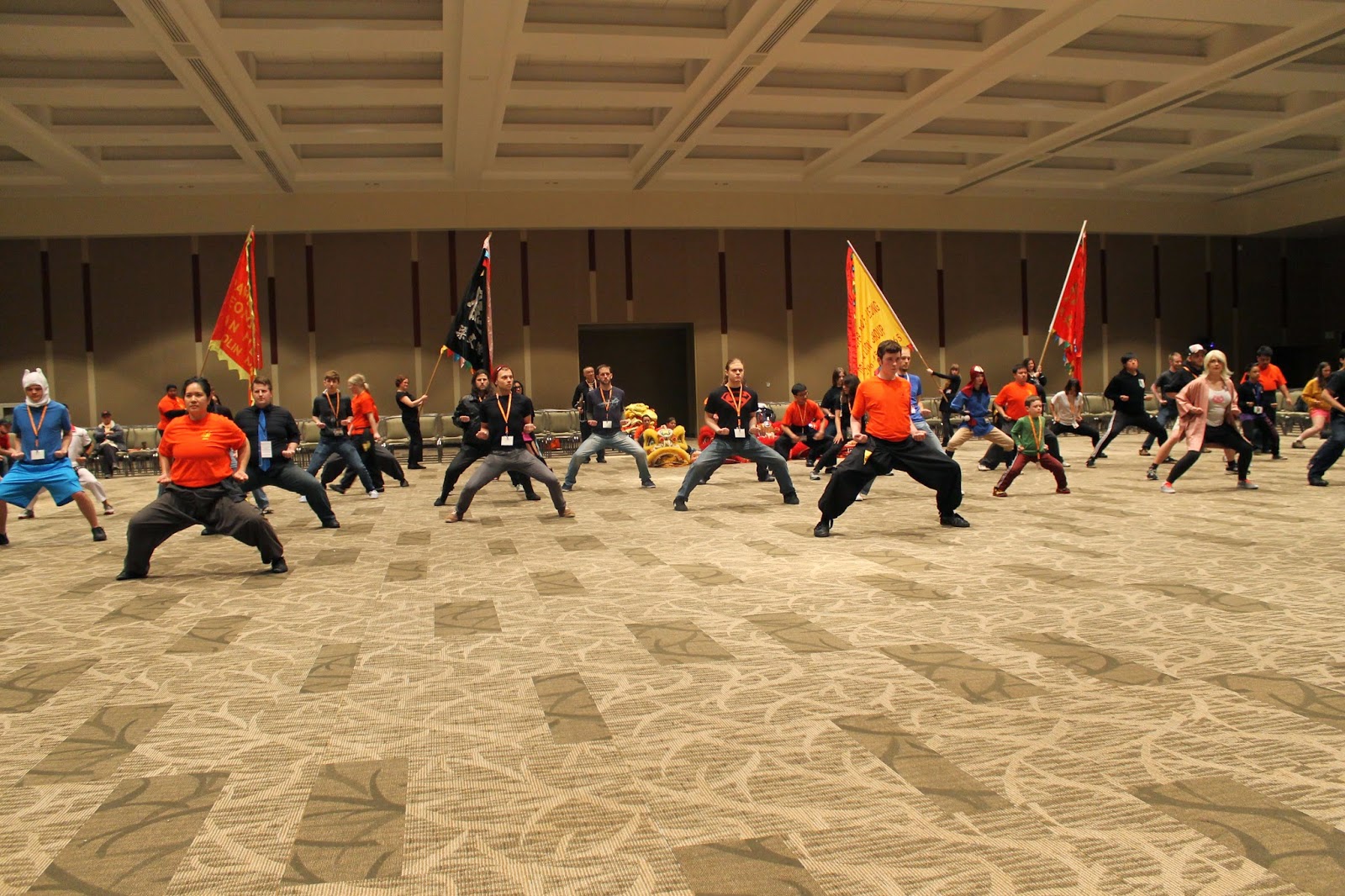 Here are some awesome cosplay I saw this year: 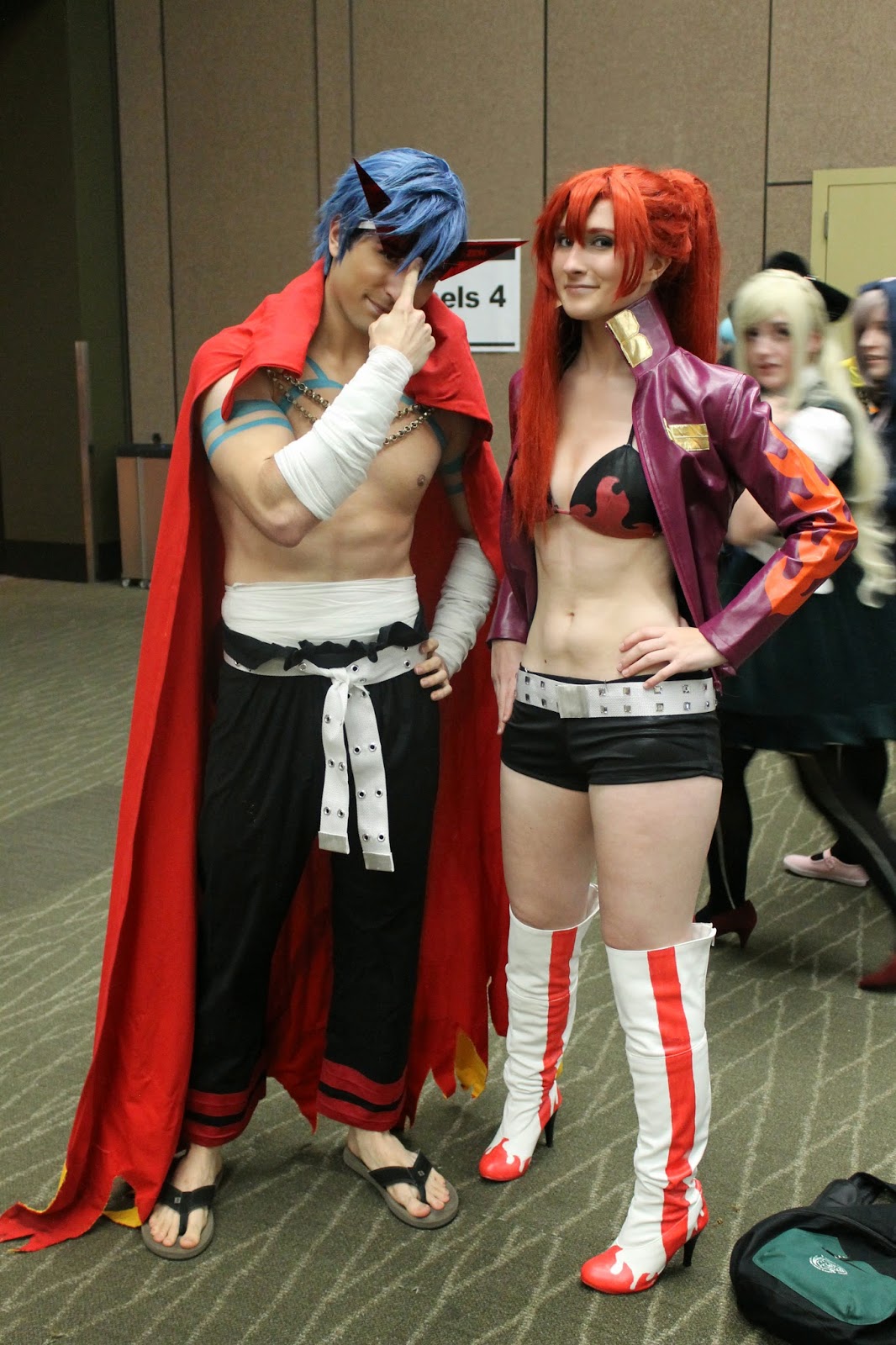 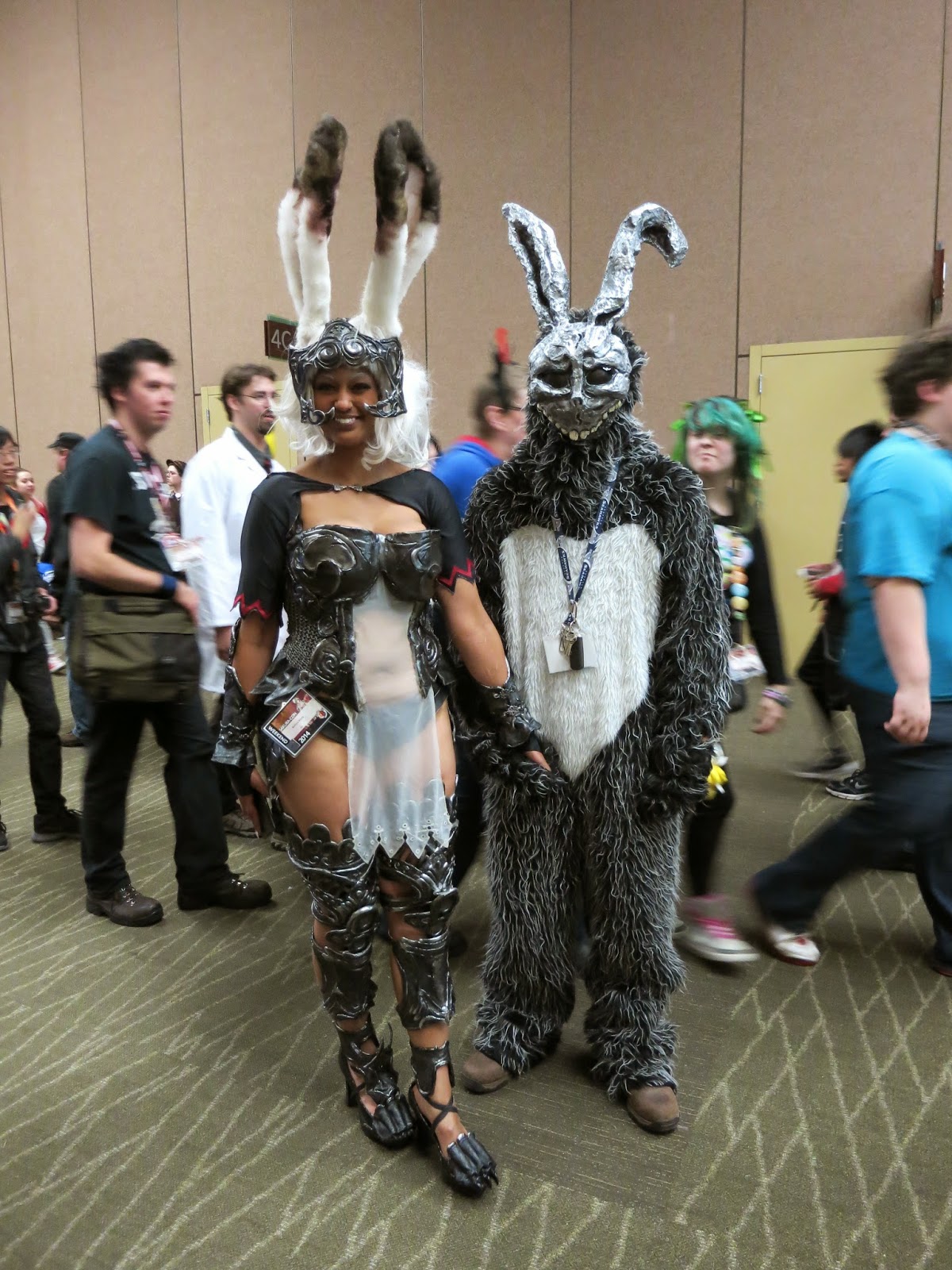 Overall, a very successful con this year! Didn't do any cosplay this year, but I did wear my first lolita coord (sadly, no good pictures).  The only thing I didn't go to as originally planned was the fashion show, due to the fact that the shoes I was wearing that day were killing me (I was making high pitch noises while walking in the dealers hall due to the pain).  Fortunately, I don't have to wait a full year before going back as a couple of friends and I are planning on going to Kumori-Con this year.  It's been a couple of years since I've gone, so I'm hoping that's it's going to be worth it.
Posted by oflifeandlists at 1:12 PM

Email ThisBlogThis!Share to TwitterShare to FacebookShare to Pinterest
Labels: Conventions